Up next: Thailand & Laos 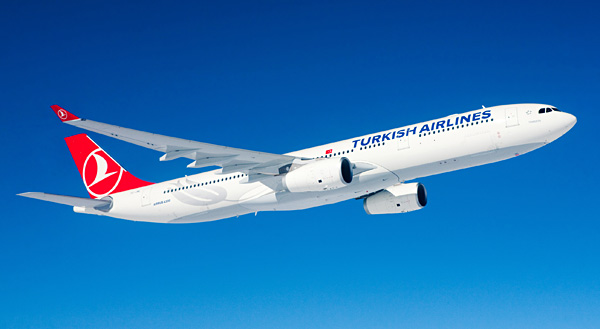 Back in Feb 2013, Turkish Airlines published an error fare between Warsaw (WAW) and Kuala Lumpur (KUL) via Istanbul (IST).  For a short period of time (less than 48h), you could book a roundtrip in business class for just €638.  This was ~€2100 cheaper than the regular business class fare.  My ticket to Kuala Lumpur for Nov 2013 should have priced €2800 but due to the error I was able to save €2162. 🙂  On top of the cheap fare, I’ll also earn ~18000 status miles with Lufthansa Miles and More. As with most error fares, this one too required a positioning flight.  I had to book an additional roundtrip Brussels – Warsaw which was €155 with LOT Polish Airlines in economy class.

At the time of booking (Feb 2013), I had no idea which places I was going to visit in South-East Asia in November.  I’m quite familiar with Kuala Lumpur, as I’ve been living there from Nov 2007 till June 2008 for a short-term expat assignment.  I also recently visited KL on my way to Fiji in Jan 2013.  So no stopover in KL this time and straight to one of my favorite countries: Thailand.  Lufthansa has an A340-600 fifth freedom flight between Kuala Lumpur and Bangkok with cheap business class tickets.  I paid €232 for a business class roundtrip KUL-BKK-KUL, which was only €100 more expensive than economy class and will earn me 2380 status miles.

After a night of sleep in Bangkok, I’ll continue my journey to a country I haven’t visited before: Laos.  I chose Luang Prabang as destination, a UNESCO World Heritage site.  Luang Prabang International Airport is served by a handful of airlines which results in high airfares.  My return trip BKK-LPQ would have been €269 on a revenue ticket with Bangkok Airways.  After some research I came across this deal with the Japan Airlines Mileage Bank loyalty program.  Only 5000 miles for a round trip Bangkok – Luang Prabang with Bangkok Airways.  I didn’t have 5000 JAL Mileage Bank (JMB) miles, so I had to be creative.  I read on Ben’s blog the SPG (Starwood Preferred Guest) hotel loyalty program offered 1:1 transfers to JMB.  With only 1500 SPG points in my account, I had to buy the remaining 3500 for €90 ($122).  The purchased points posted instantly, allowing me to transfer 5000 SPG points to JMB.  It took 3 days for the miles to post in my JMB account.  I booked the award over the phone and found the agents at JMB very helpful and friendly.  72€ in taxes and fees were added to my award, so I ended up paying €162 (+ 1500 SPG points which I had in my account) instead of €269.  Not a huge saving (~€100), but still worth the effort.