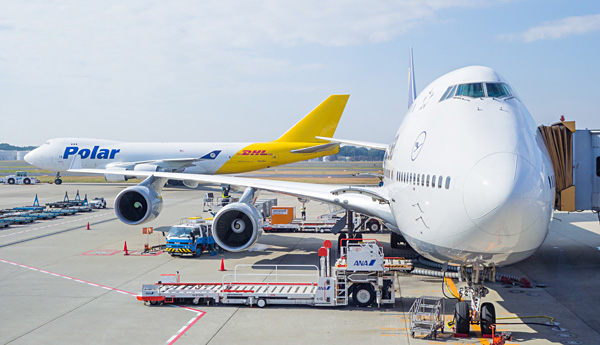 Pic: Lufthansa Boeing 747-400 ‘Hessen’ at Narita Airport near Tokyo, Japan (Nov 2013)
Early November, I made some last-minute changes to my Thailand-Laos travel plans. Unfortunately, those changes included postponing my Laos trip to 2014…but that’s life when you’re addicted to extreme travel deals. 😉

Pic: Lufthansa First Class logo on Boeing 747-400 ‘Hessen’ (Nov 2013)
With the help of some friends in the frequent flyer community, I had identified an opportunity to fly Lufthansa First Class on the cheap using a ‘muy flexible’ airline loyalty program. Exceptionally, I will not detail how I managed to do this, as ‘the deal’ is still alive and I don’t want to kill the opportunity for other members of the community.  ‘But how do I become a member of the frequent flyer community?’… it all comes down to showing your dedication to our hobby and meeting people face to face at events like TravelMagic.

Pic: Lufthansa new First Class Cabin on B747-400 (Nov 2013)
I was quite excited about my Lufthansa First Class flight from Tokyo to Frankfurt, as it was operated by a B747-400.  Located on the upper deck, the Lufthansa 747-400 aircraft features a unique First Class cabin with 8 seats which each have a dedicated bed next to them!

Pic: Lufthansa First Class – Seat 83C and bed on B747-400 (Nov 2013)
At the time of booking, I had selected front row seat 81H.  My seat buddy in 81C was John Mayer.  To be honest, I had never heard about the guy.  But if you manage to date Jennifer Love Hewitt, Jessica Simpson, Minka Kelly, Jennifer Aniston, Taylor Swift and Katy Perry, you’re probably doing something right. 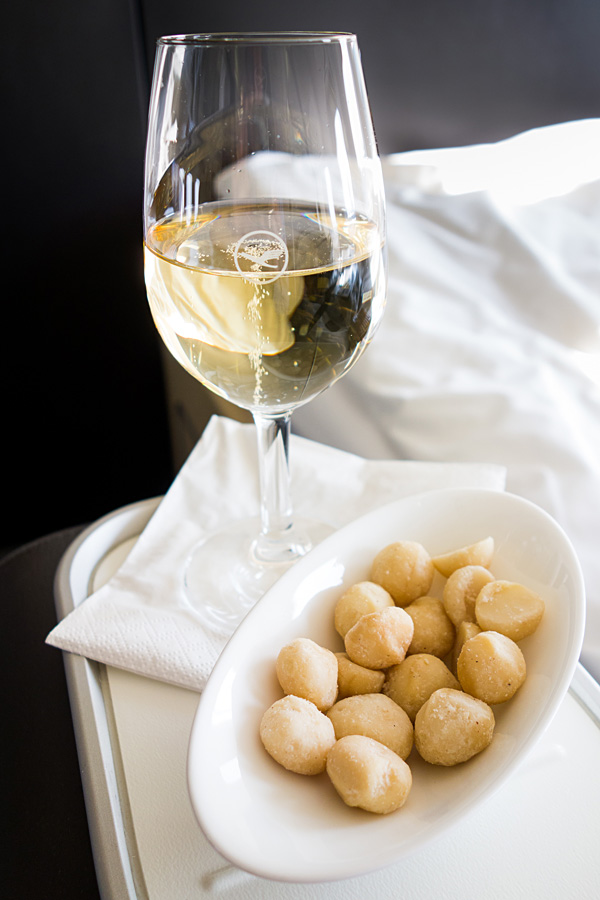 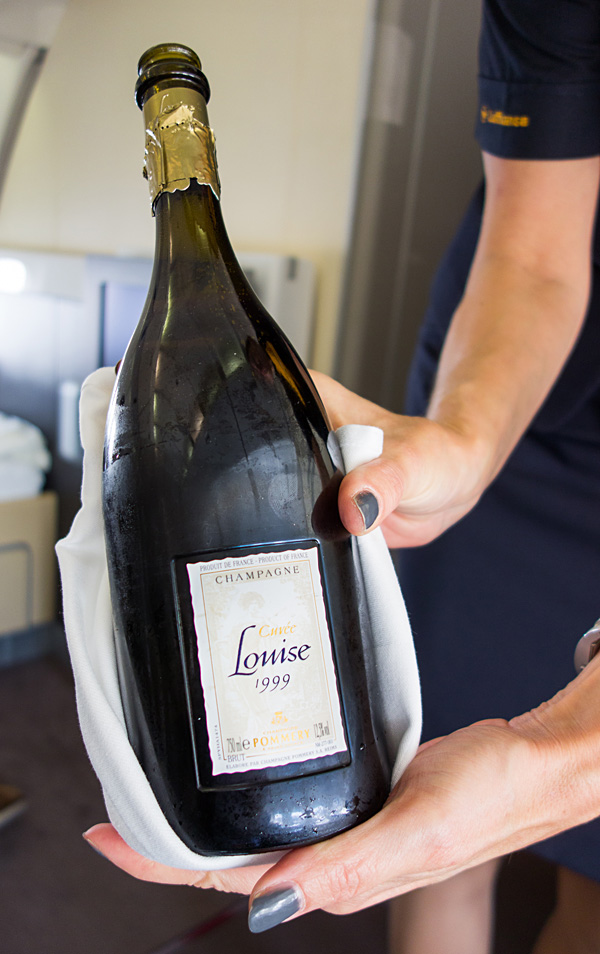 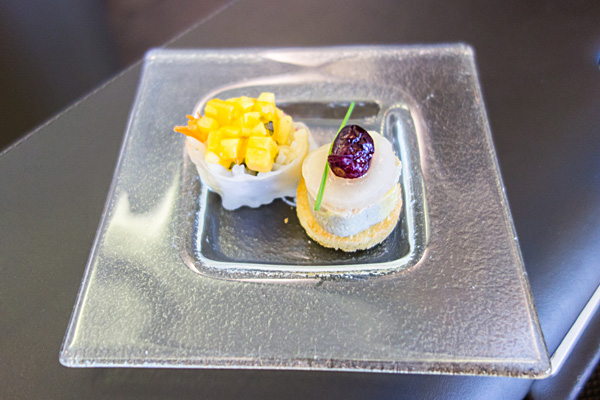 Pic: Lufthansa First Class – Amuse Bouche (Nov 2013)
As usual with Lufthansa, the food was good but not exceptional (I wish they had DO&CO). The service, on the other hand, was excellent! 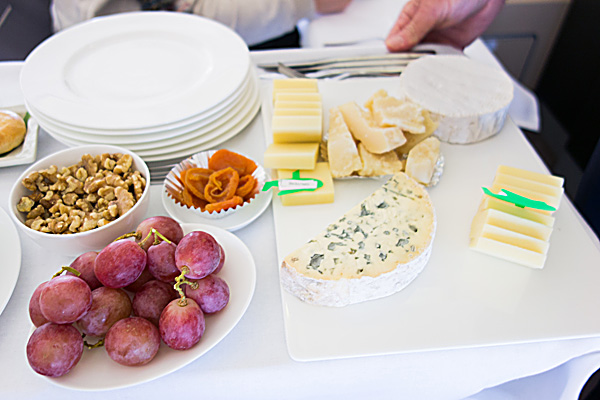