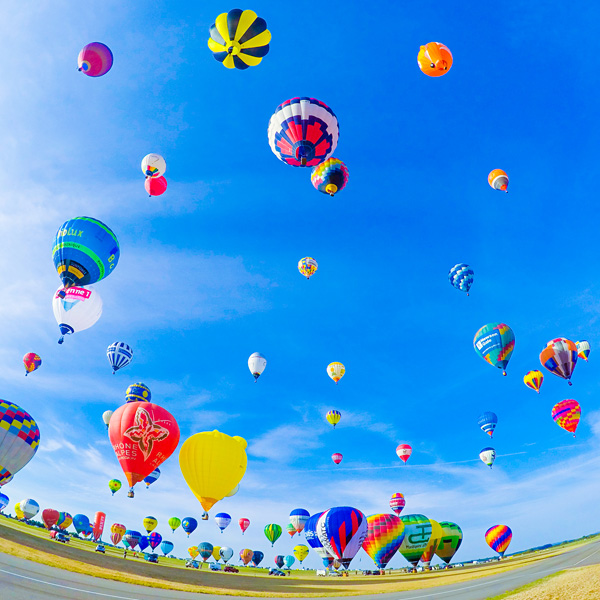 More than ten years ago, I downloaded a wallpaper for my computer of the famous ‘Great Line’ mass ascent at Lorraine Mondial Air Ballons festival and said to myself ‘One day I will witness this in real life!’ Fast forward to last week when I realized LMAB 2015 was only a 3-hour drive from Brussels. I decide to make it a weekend trip and booked a nearby bed & breakfast via Airbnb. LMAB15 had started on Friday July 24th. I arrived on Saturday afternoon which allowed me to inspect the site and its surroundings. This edition had been unlucky with the weather so far, as they normally have flights every morning and evening for 10 days in a row but there hadn’t been any flights on Friday or Saturday due to the bad weather. On sunday morning, I woke up at 4:30am and headed to the base. There was a briefing for the pilots at 5:45am and final approval was given by the weather service and organization to attempt to break the previous mass ascent World Record dated July 31st, 2013 with 408 balloons.

Pic: ‘The Great Line’ at Chambley-Bussières air base (click!)
The spectacle is called ‘The Great Line’ as hot air balloons line up in three rows on the 2377m runway. It took until 7am before all balloons were filled with hot air when a car started driving down the runway sounding its horn to indicate balloons could take-off. A slight breeze blew in our direction which resulted in the balloons heading over the crowd (which wasn’t that large, seems not that many people liked to wake-up so early!) The next couple of minutes we were surrounded by balloons… it was AMAZING! 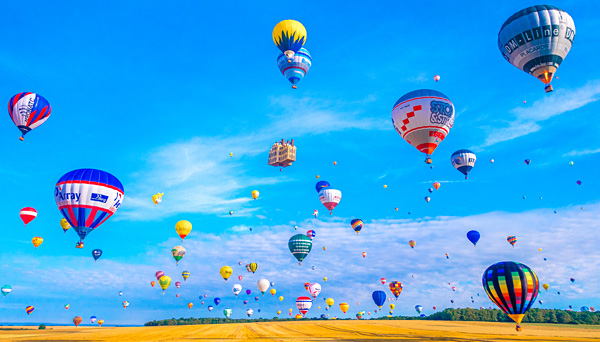 Pic: Lorraine Mondial Air Ballons 2015 World Record
I was chasing the balloons like a little kid, amazed by the spectacle. Not only the sights were impressive, the sound of the dozens of gas burners was awesome as well! Check my short video which was featured at TIME magazine and Mashable!