The Year I Travelled Every Week

Pic: Biking in paradise on La Digue, Seychelles (Oct 2016)
Another four months of intense traveling have passed, time to share some details of my Autumn adventures. For a full recap of my travel year, make sure to read my Winter, Spring and Summer stories. 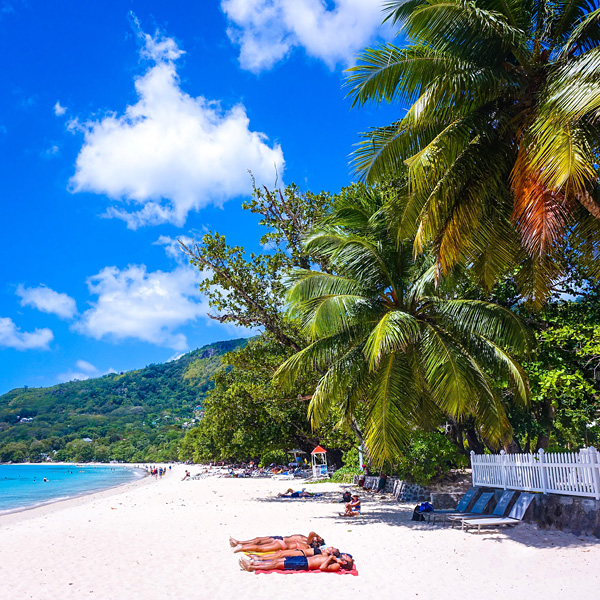 Pic: The beach at Savoy Seychelles Resort and Spa on Mahe
Early October, I visited the island nation of the Seychelles in the Indian Ocean. An intense one week trip staying at a different hotel each night while visiting four islands: Mahé, Sainte-Anne, Praslin and La Digue. Hotel wise, I was very impressed with the Constance Ephelia Resort, a magical place to revive the senses. If you’re looking for a resort to de-stress in a beautiful setting with amazing staff, this is the place to be!

Pic: Snorkeling at Anse Lazio, Praslin, Seychelles
The granite-based islands in the Seychelles offer some amazing beaches of which Anse Lazio was one of my favorites. 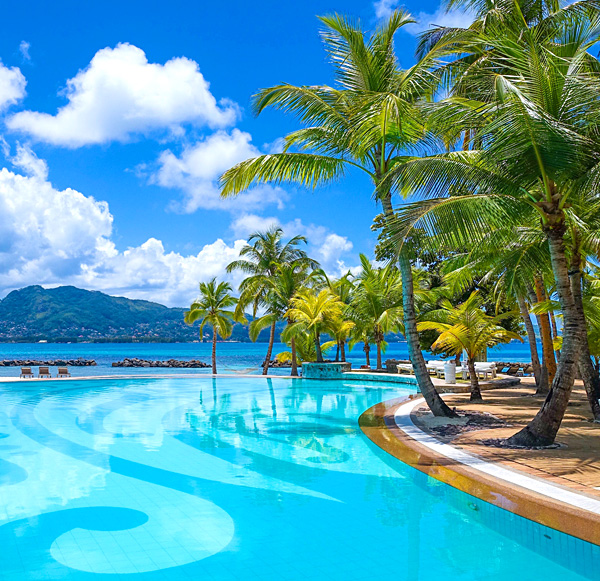 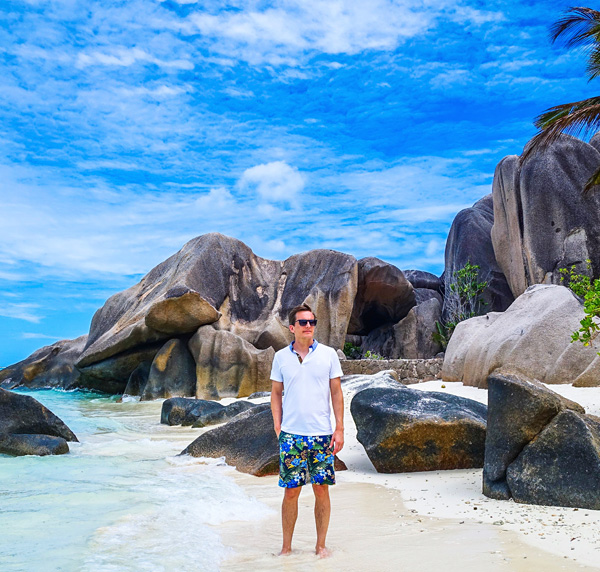 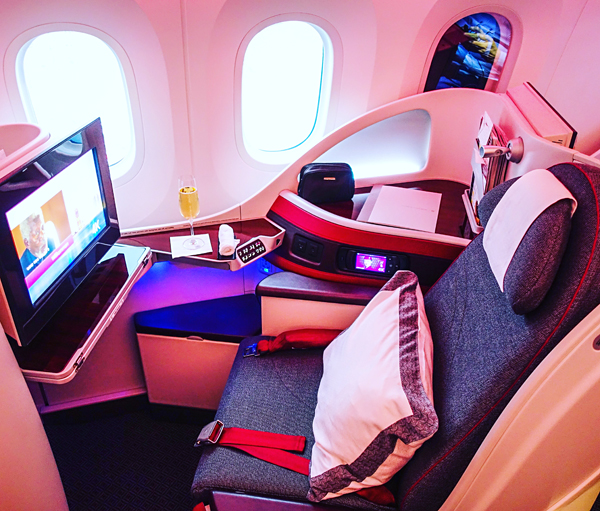 Pic: Palm tree at Conrad Maldives Rangali Island
I stayed 3 nights at Conrad Maldives Rangali Island using 285.000 Hilton HHonors points. My first two nights, I was upgraded to a Water Villa which didn’t impress me much. The ‘dividers’ between the villa’s interrupting the views bothered me. For my last night, I moved to one of the newly refurbished Beach Villa’s which you normally get when booking with points. I liked those a lot more than the basic overwater villa’s!

Pic: Breakfast in paradise at Conrad Maldives Rangali Island
In the morning, I enjoyed complimentary breakfast at Vilu restaurant thanks to my Hilton HHonors Diamond status. 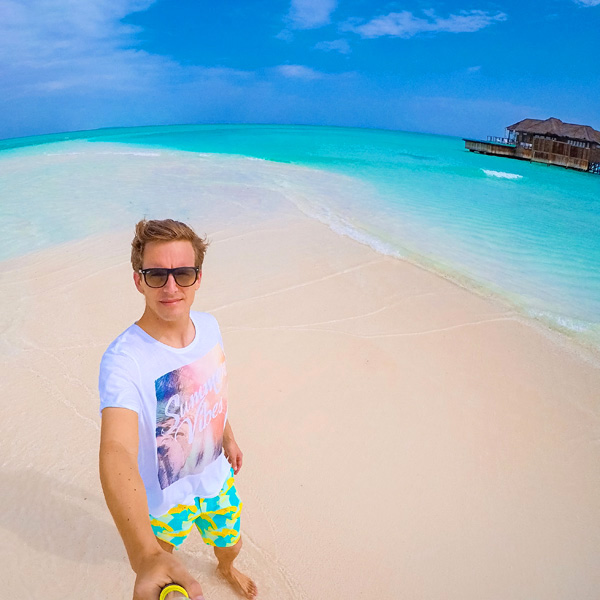 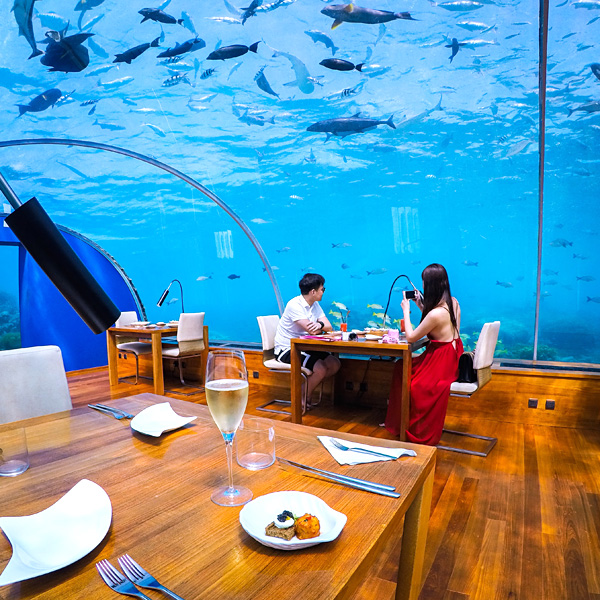 Pic: Tuk Tuk Safari in Colombo, Sri Lanka (Nov 2016)
On my way back to Belgium, I made a detour via Colombo and Kuala Lumpur. Tuk Tuk Safari Sri Lanka emerged me in Colombo’s food scene in their colorful Tuk Tuks. In Kuala Lumpur, Belgian balloon pilot Jonas hosted me for a thrilling balloon adventure above Putrajaya! 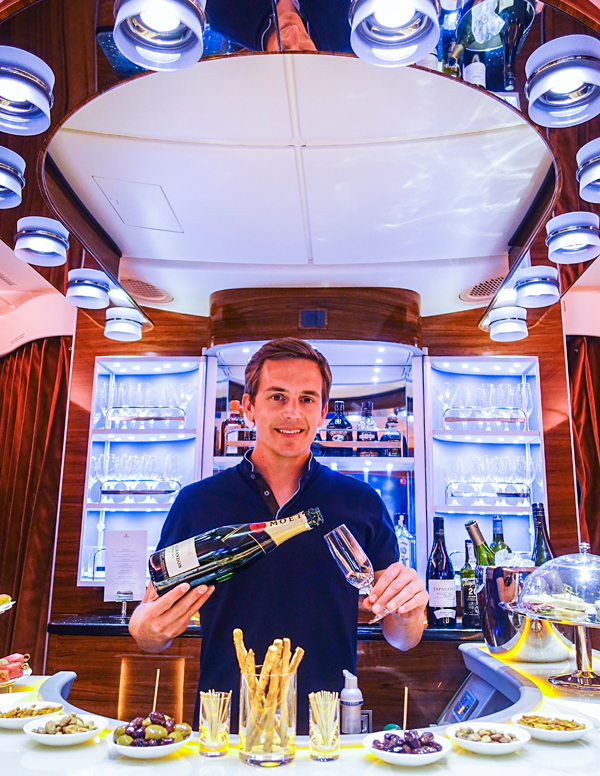 Pic: Working the night shift at Emirates A380 bar (Nov 2016)
My detour via Colombo and Kuala Lumpur had a reason: flying Emirates A380 Business Class extremely cheap… I paid less than 330 EUR! Bandaranaike International Airport (CMB) is one of “the four Cs” (Cairo, Cape Town, Casablanca and Colombo) which regularly offer amazing premium airfares.

Pic: Bart at Etihad’s A380 First Class Apartment 4A

Pic: The Lobby bar onboard Etihad A380 Upper Deck

Pic: Lemon Fresh at Bratislava Sky Bar Slovakia (Sep 2016)
Similar to earlier in the year, I kept traveling every weekend in between my longer trips. In September I flew to Vienna where I made the short bus ride to Bratislava, my first visit to Slovakia.

Pic: Hungarian Parliament by night in Budapest (Sep 2016)
The second weekend of September was a family trip to Budapest where I stayed at the InterContinental with view on the Chain Bridge. 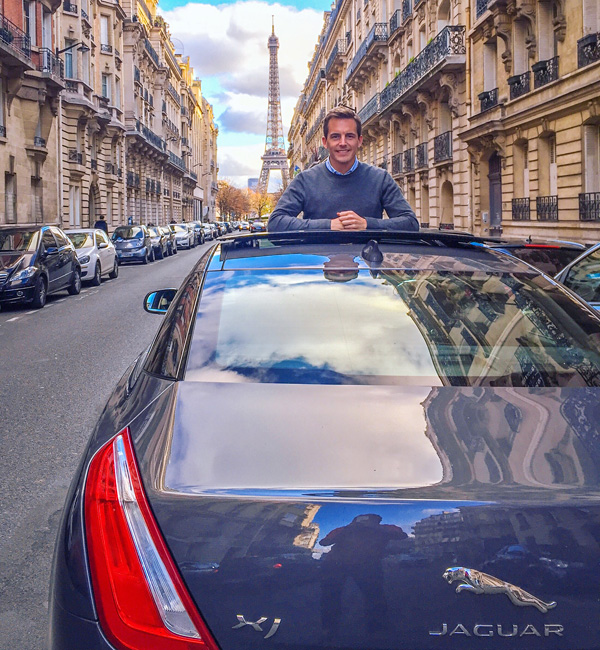 Pic: Fun in streets of Paris with Jaguar XJ (Nov 2016)
I also had the pleasure to drive a number of Jaguars in the Fall of 2016. I made two trips to Reims & Paris with the Jaguar XE and Jaguar XJ.

Pic: With srprs.me and Air Serbia to Belgrade (Oct 2016)
Dutch travel agency srprs.me surprised me with a weekend trip to Belgrade (Serbia).

Pic: The Gherkin seen from Duck and Waffle in London (Dec 2016)
Followed by a foggy pre-Christmas weekend in The City.

2016 was a new personal travel record year for me:

Well, I have one more trip coming up this year, so the numbers above aren’t final yet! 😉 Make sure to follow me into 2017 via Instagram Stories, Twitter and Facebook. Enjoy the Holiday Season and as always, thank you for your support!

13 Comments on “The Year I Travelled Every Week”