My Best Travel Experiences of 2020 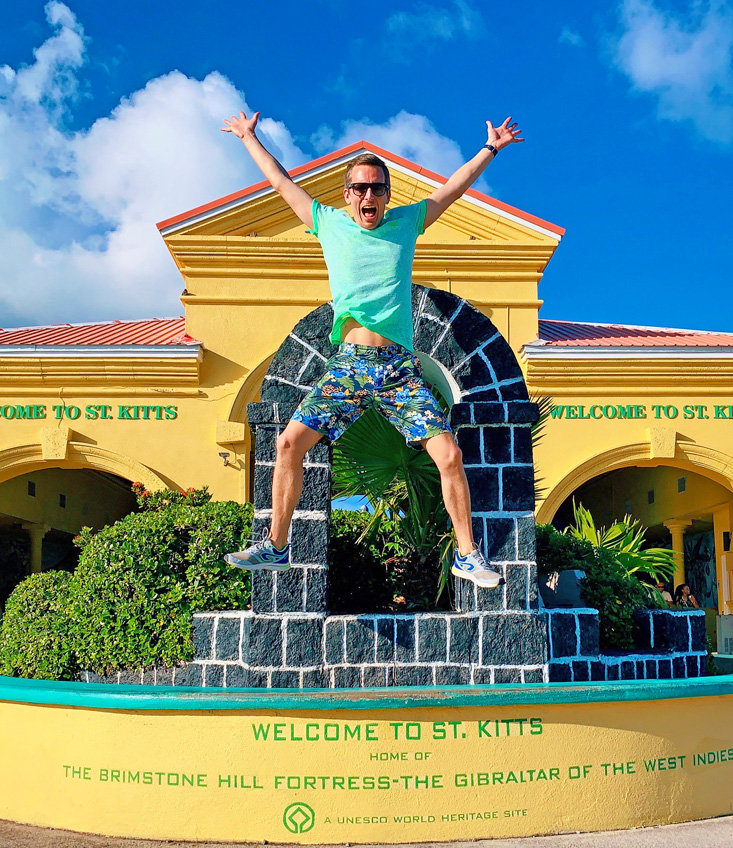 Despite a global pandemic raging around the world, I managed to visit 20 countries in 2020 of which 11 for the first time: Antigua and Barbuda 🇦🇬 Barbados 🇧🇧 Burundi 🇧🇮 Democratic Republic of the Congo 🇨🇩 Dominica 🇩🇲 Grenada 🇬🇩 Rwanda 🇷🇼 Saint Kitts and Nevis 🇰🇳 Saint Lucia 🇱🇨 Saint Vincent & The Grenadines 🇻🇨 Trinidad and Tobago 🇹🇹. It was also the year I hit the milestone of visiting 100 UN countries. I have now been to 109 UN countries!

With just 46 flights, the past year has been a low point in my aviation hobby. 39 economy flights, 7 business class flights (limited to Lufthansa and Ethiopian Airlines) good for a total of 44,555 miles flown, 1.8x around the Earth, 115 hours up in the air. My Turkish Airlines Miles & Smiles Elite status (Star Alliance Gold) was extended till February 2023 and British Airways Executive Club Silver status (Oneworld Sapphire) till December 2021 as a courtesy by the airlines due to the pandemic.

My Hilton Diamond status was extended till March 2022 and my IHG Rewards Club Platinum Elite Status till December 2021 as a courtesy by the hotel chains due to the pandemic. I also completed the Marriott Bonvoy status challenge granting me Platinum Elite status till February 2022.

End of January, I joined a group of fellow country chasers for a 14-day Caribbean cruise with MSC Preziosa. It turned out to be the most efficient and cost effective way to visit a dozen Caribbean islands. Air Belgium had just launched their direct flights from Brussels-South Charleroi airport to Fort-de-France (Martinique) which I booked for just €332 roundtrip on the day Air Belgium announced their service to the French Caribbean Island. The cruise itself was €1055 for an interior cabin which I shared with two travel buddies. Overall, excellent value for a 14-day cruise with a la carte breakfast, lunch and dinner included.

Mornings started with a run at the cruise ship gym followed by a la carte breakfast. Once the ship was docked in the harbour, we headed out to explore the island. By using public transportation and hitchhiking we got in touch with friendly locals, managed to avoid the crowds and saved a lot of money.

A trip originally scheduled for 2019 but delayed due to another pandemic, Ebola, finally materialised in February 2020. Virunga National Park located in the east of the Democratic Republic of the Congo (DRC) famous for its mountain gorillas and Nyiragongo volcano featuring the world’s largest lava lake. Unfortunately the park’s diverse habitats and wildlife are under constant threat of poachers and rebels active in the park.

My Virunga trip started in Kigali, the capital of Rwanda, only a few hours drive from the border with the DRC. In April 1994, ten Belgian UNAMIR soldiers protecting the Rwandan prime minister were massacred at a military base in Kigali. It was the start of the Rwandan genocide. Today the site is preserved as a memorial for the soldiers.

At la Grande Barrière, the border crossing into DRC, we were escorted to Kibumba Tented Camp by the Virunga Park Rangers. Virunga has 700 male and female rangers actively serving to protect the park and the local communities from poachers and rebel groups. A dangerous job, as every year several rangers lose their live protecting the park. This year was particularly deadly, with 12 rangers killed in a militia ambush two months after my visit. I highly recommend the Virunga documentary on Netflix to learn more about the preservation efforts in the park.

Walking distance from Kibumba Tented Camp we encountered the mighty mountain gorillas. A critically endangered species of which only ˜1000 individuals are left in the mountain rainforest of eastern DRC, southwestern Uganda and Rwanda. The gorilla trekking permit was $400 compared to $700 in Uganda and a whopping $1500 in Rwanda. Tourism is an important source of income for the Virunga National Park to finance its protection efforts. Unfortunately, the park had to close for tourism due to the pandemic and now relies on donations.

Another unique experience at Virunga was climbing Mount Nyiragongo (3470m) and staying overnight at the rim of the volcano to witness the lava lake in all its glory. Check my Congo IG Stories for videos of the gorillas and volcano.

To finish my Central African trip, I visited Burundi. One of the poorest countries in the world with the lowest GDP per capita. Our base was Hotel Club du Lac Tanganyika in the capital Bujumbura from where we did a number of day trips exploring the country. Highlight was a private performance for myself and my travel buddy of the Royal Drummers of Burundi. Check my Burundi IG Stories to see them in action.

Mid March international travel came to a complete standstill with the Belgian government banning non-essential travel for three months. As a result 9 trips I had booked for 2020 got cancelled. As soon as the travel ban was lifted I was flying again. Flight schedules were only a fraction of what they used to be with Rome one of the few options for my first weekend trip in June.

I got filled with excitement seeing how quiet the city was during a morning run with Fabrizio of Wake up Rome. I basically had the entire historic center to myself. World famous places like the Colosseum, Trevi fountain, Pantheon, Spanish Steps, Saint Peter’s Square were all empty on a sunny Saturday morning.

It became immediately clear to me the summer of 2020 was going to offer some unique opportunities to visit places which were normally flocked with tourists but now were going to very quiet. As my experience in Rome was so great, I returned for a second weekend in July. Check my Rome IG Stories.

Same story for Naples and surroundings. Visited Pompei, which receives 2.5 million tourists in a normal year, with almost nobody around. Highlights of my Amalfi Coast trip were the Sentiero degli Dei (Path of Gods) hike, Terrazza dell’Infinito at Villa Cimbrone Gardens in Ravello and taking the ferry from Positano to Amalfi. Check my Amalfi Coast IG Stories.

Santorini, the Greek island you want to avoid during any normal tourist season, turned out to be a gem this summer. With only a fraction of the tourist population present (no cruise ships!) it offered the opportunity to enjoy the beautiful island in a tranquil setting. No shoulder to shoulder navigating the narrow streets and back alleys, no showing up two hours in advance to see the sunset and great discounts on hotels and airbnb.

In Northern Italy, I discovered an exciting activity called ‘Via Ferrata’. Climbing the majestic rock formations of the Dolomites secured to steel cables, rungs and ladders using a harness with two leashes. Check my climbing adventures.

In Augustus, I did my first post lockdown trip leaving mainland Europe to Lanzarote, one of the Canary Islands.

Another highlight of my magical summer was boating in Croatia. Normally you need to queue up to two hours to visit the Blue Cave and Green Cave near Hvar, not this summer. I also visited the historic centre of Split built around the remains of the Roman Diocletian’s Palace, a UNESCO World Heritage site. My Croatian Riviera Stories.

For my final trip of the year I returned to the Canary Islands. Tenerife offered fabulous weather in November allowing me to get nice tan before going into winter travel hibernation (a.k.a. lockdown 2.0) My Tenerife Stories.

2020 has been an incredibly challenging year for the travel industry. I consider myself lucky to have travelled intensively during the months of January and February otherwise this blog post would have been a lot shorter. With Churchill’s “Never waste a good crisis” in mind, I still managed to get the most out of the rest of the year. I expect 2021 to be a transition year with the roll-out of the vaccin. My plans to travel to every country in the world are still on (84 countries to go) it will just take a little longer. Stay strong my friends! 🙂

7 Comments on “My Best Travel Experiences of 2020”