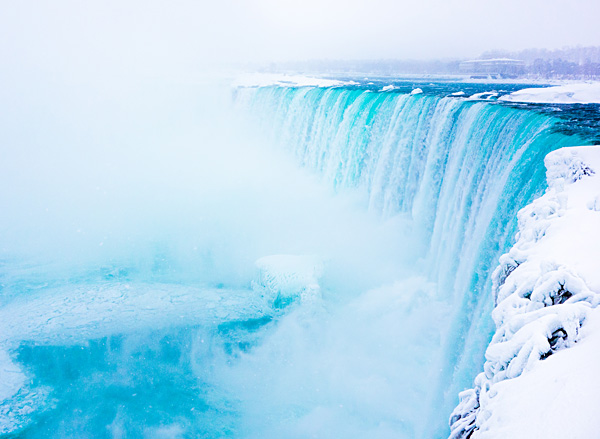 Pic: Partially frozen Horseshoe Falls, Niagara Falls (Feb 2015)
Weekend trips can be so awesome! Friday morning, I flew Jet Airways from Brussels to Toronto for the weekend. Very reasonable travel times of 8h 45min for the outbound flight and only 6h 16m for the inbound flight thanks to the strong jet stream over the Atlantic.

Pic: Bart at Table Rock, Niagara Falls, Canada (Feb 2015)
My day trip to the Niagara Falls on Saturday was originally booked with BG tours, but as they didn’t have enough participants they rebooked me with King tours. At $67 Canadian dollars, the 9am till 6pm tour was excellent value. Glad I avoided renting a car and battling the 240km (roundtrip) of icy roads! 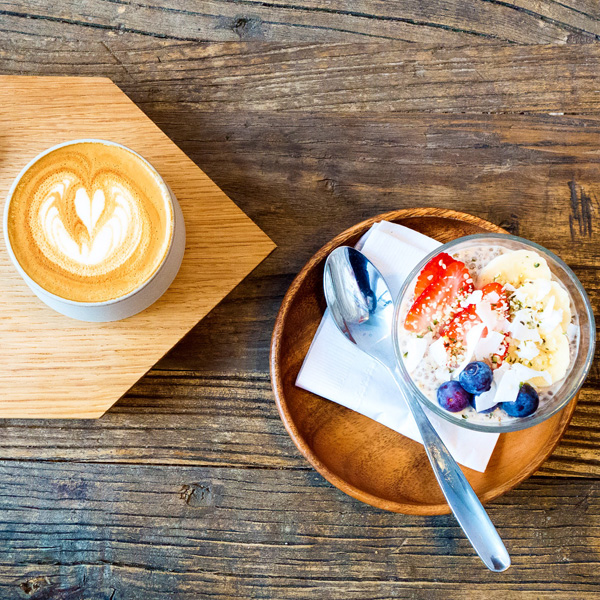 Pic: Breakfast at Early Bird, Toronto
Avoided the expensive hotel breakfast buffets and enjoyed a fantastic start of the day at Early Bird in the hip Queen Street West neighborhood. 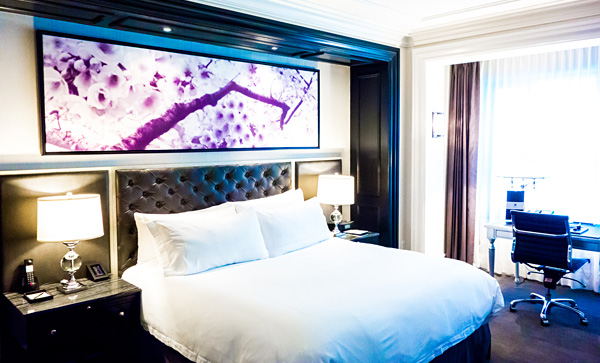 Pic: King room at Trump Hotel Toronto
Friday night, I had booked Trump Toronto using HotelTonight, where even Donald Trump himself was expecting me! 😉

Pic: The Moon & Toronto CN Tower
Another magic moment of my weekend in Toronto: blue hour at the famous CN Tower! It was the World’s tallest tower (553m) until the Burj Khalifa (Dubai) was finished in 2007.

Pic: View from the CN Tower in Toronto, Canada 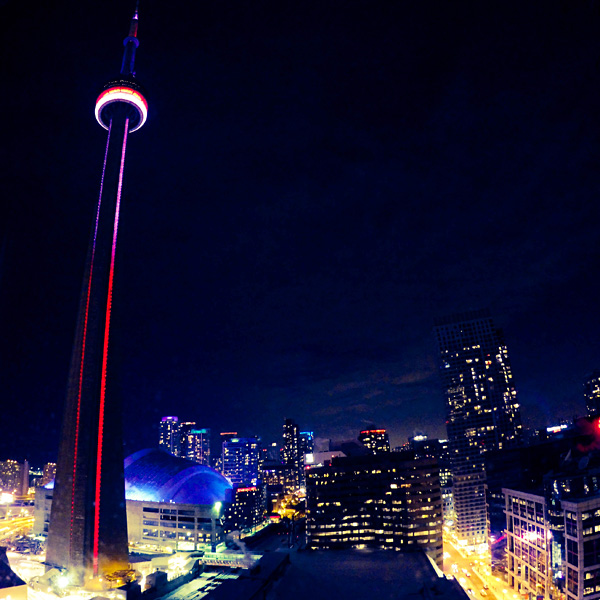 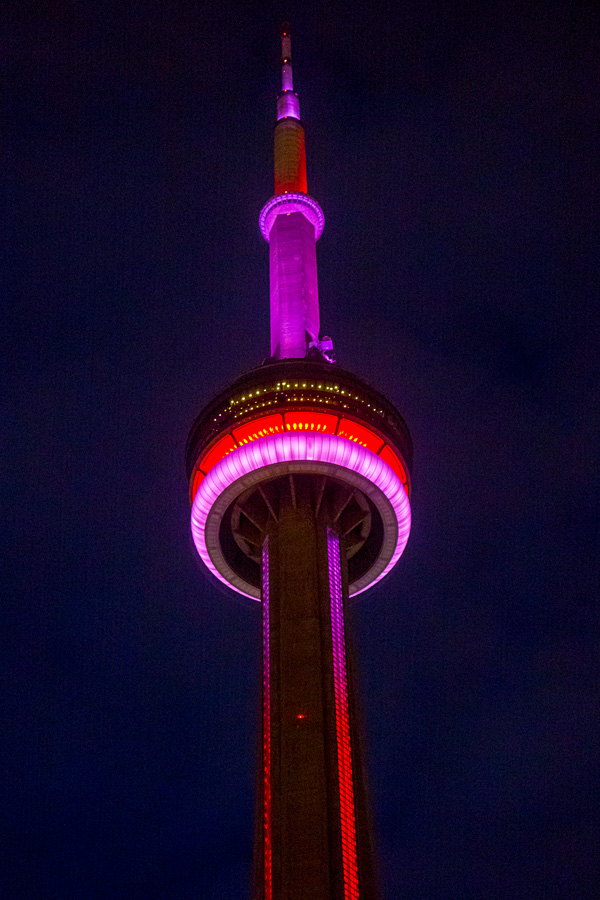