Pic: Main Swimming Pool at InterContinental Moorea Resort & Spa (Sep 2012)
There are 4 InterContinental properties in French Polynesia: Tahiti, Moorea, Le Moana Bora Bora and Thalasso Bora Bora.  All are managed by the same owner.  Detailed information on each of these resorts is available in PDF format:  Resort Specifications, Rooms, Bungalows and Villas + Transfers 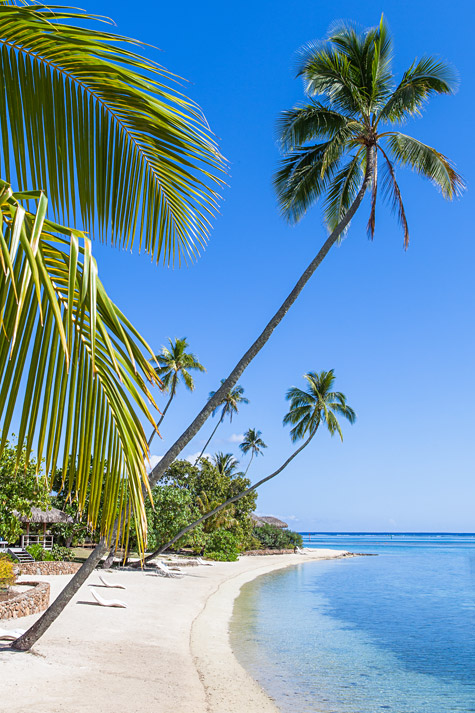 Pic: Lagoon at InterContinental Moorea Resort and Spa (Sep 2012)
After my 5 night stay at the amazing InterContinental Bora Bora Resort & Thalasso Spa, I returned to Papeete with Air Tahiti.  The crossing to Moorea took half an hour with the Aremiti 5 ferry.  The fare was XPF3000 (€25) round trip.
The Papeete Port building is brand new (opened March 2012) and has ticket offices which open +-1,5 hour before departure.  No need to buy tickets in advance, only car space is limited and might require upfront reservation.
You can leave your luggage (lock it!) in a metal container which is put on the ferry using a forklift.  My private shuttle from Moorea Vaiare Pier booked via IC Bora Bora was XPF4500 (€37), on return I used a shared shuttle service which was only XPF1000 (€8). 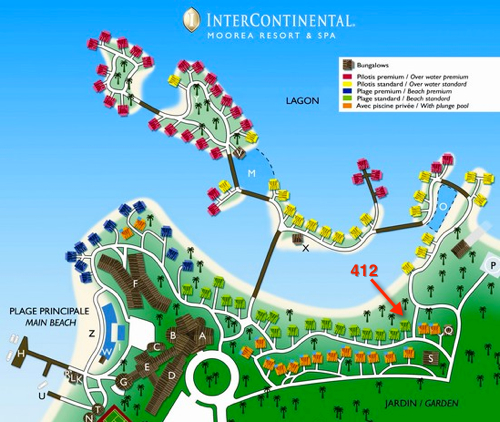 Pic: Bungalow types – InterContinental Moorea Resort and Spa Map
Instead of spending XPF109,734 ($1214) to book a Lanai room for 3 nights, I used 90K Priority Club points (value $540).  As Royal Ambassador, I was upgraded to Standard Beach Bungalow 412.  RA benefits were honored on my points stay including free internet and complimentary minibar. 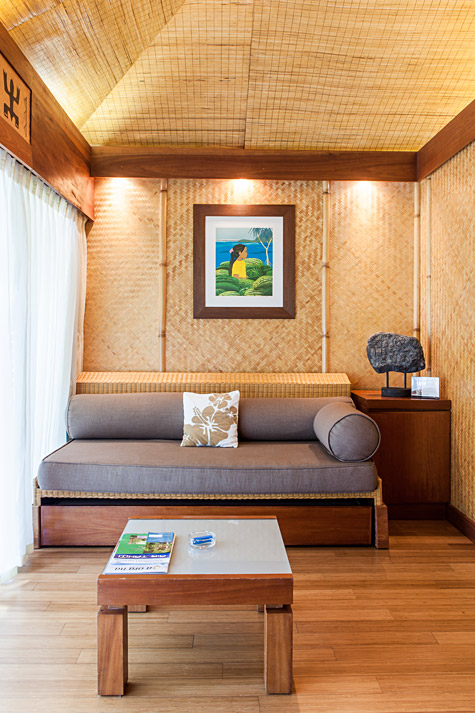 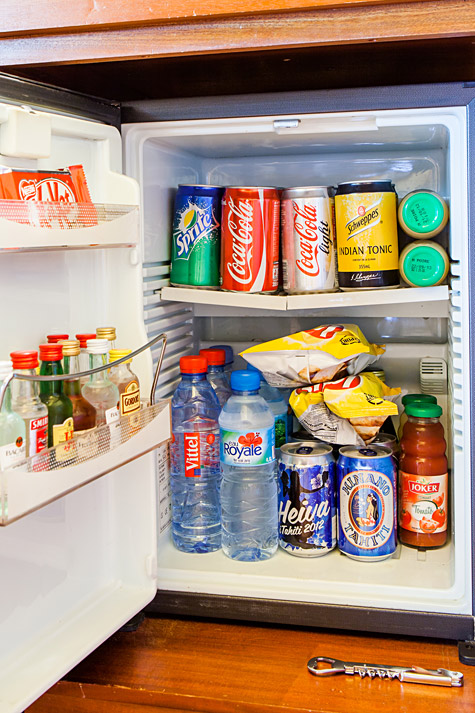 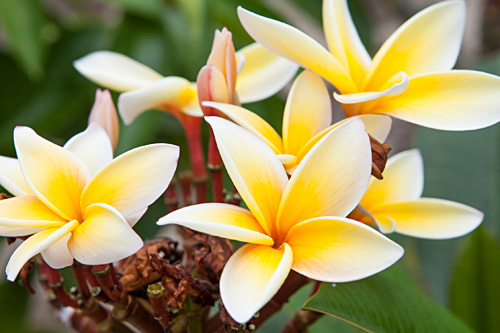 Pic: Flowers at InterContinental Moorea Resort and Spa (Sep 2012)
Breakfast was served at the “Fare Nui” restaurant.  As usual in French Polynesia, it was rather expensive: Continental breakfast XPF3035 (€25) and American breakfast XPF3701 (€30) Fare Nui also served dinner.  Other options were all day dining “Fare Hana” and the new swim up bar Motu One.

Pic: Rainbow at Overwater Bungalow InterContinental Moorea (Sep 2012)
As I didn’t have a car or motorcycle to navigate around the island, I booked a 4X4 WD Inner Island Roto Nui Tour (XPF5500) via the InterContinental Moorea Concierge.  I found Moorea to be a nice island, but in my opinion Bora Bora is way more superior.  If you’re traveling to French Polynesia and only have time to visit one island, Bora Bora should be your choice! 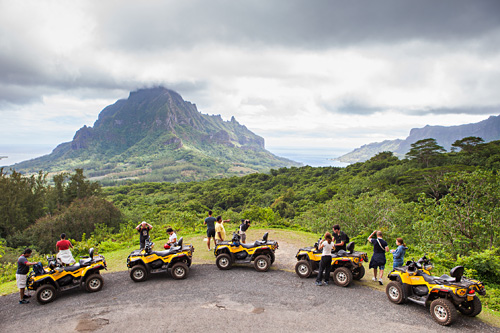