Pic: Hilton HHonors ad at London Heathrow Airport (May 2012)
On my return from Thailand to Belgium, I made a stopover in London.  I arrived on Sunday night (open-jaw Etihad ticket GVA-BKK-LHR) and had a Eurostar ticket to Brussels for Monday afternoon.  It was another opportunity to use The Great Getaway Hilton promo. (valid till July 23 for stays until September 30, 2012)  I paid £100 (€128 on Amex) for a Double Hilton Guest Room at Hilton London Tower Bridge which was upgraded to a Double Hilton Executive Room thanks to my free Hilton HHonors Gold status.  This upgrade included access to the Executive lounge (free breakfast, evening cocktails & snacks, etc…) and HHonors Gold member, I also got free internet access. 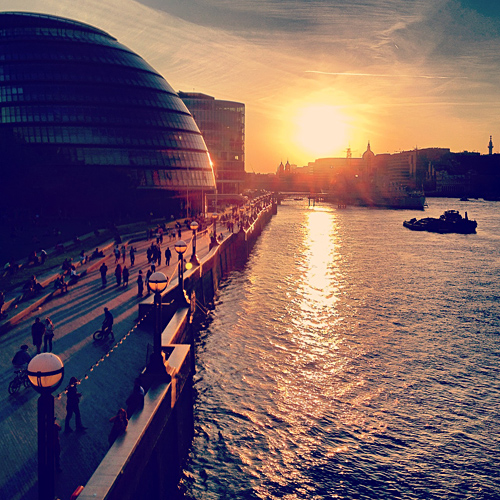 Pic: Sunset City Hall view from London Tower Bridge (May 2012)
The hotel is conveniently located near London Bridge station.  I didn’t check the closest station in advance and ended up at Tower Hill station.  Exhausted from the longhaul BKK-AUH-LHR flight, I dragged my luggage across Tower Bridge.  In the process of doing so, I managed to make the sunset shot above. 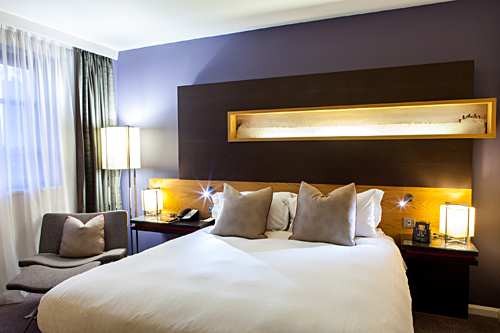 Pic: Executive floor room (1108) at Hilton London Tower Bridge (May 2012)
The Executive room wasn’t huge but offered all the comfort an exhausted traveler could wish for.  After a 16h trip from Bangkok to London, the walk-in shower was heavenly.  Before falling asleep I snapped a few more shots of the great view.  Several famous London landmarks were visible from my room, including the soon to be completed Shard London Bridge tower.

Pic: Hilton London Tower Bridge exterior (May 2012)
After a good night of sleep, I had the pleasure to enjoy a fantastic sunny day in the City.  Before heading to St Pancras station to catch my Eurostar train to Brussels, I spend several hours browsing the business district of London.  Below some shots of the great scene’s I encountered. 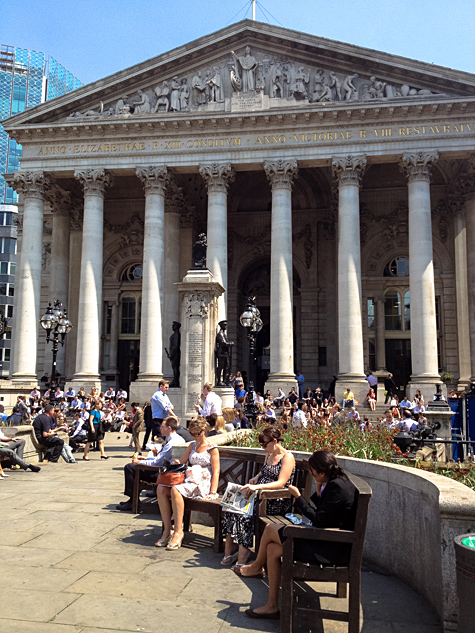